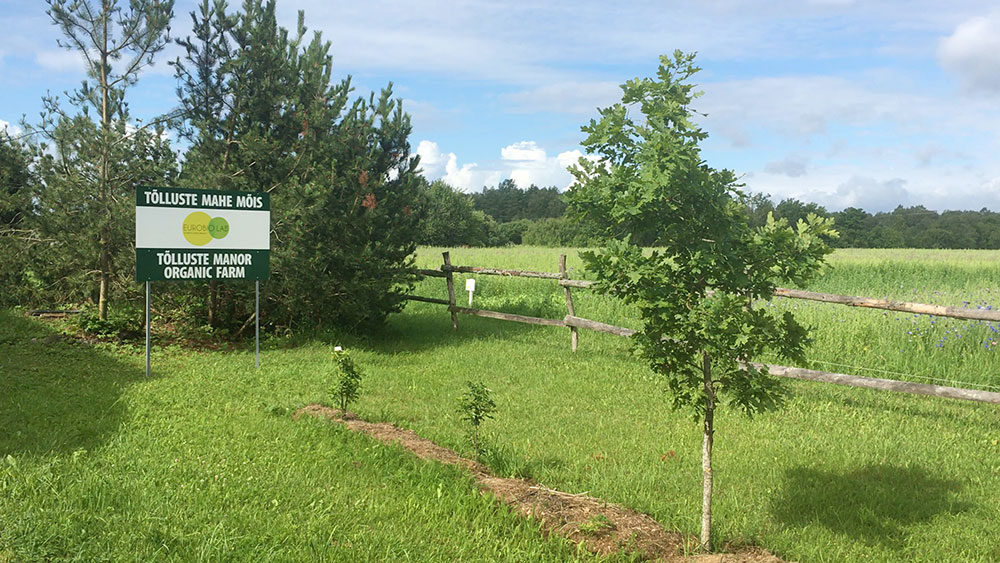 Eurobio Lab, which is a part of Natura Siberica’s cosmetics concern, has studied Saaremaa for a long time and really carefully to find an appropriate place for growing unique plant ingredients and developing our natural cosmetics production. And Tõlluste manor (Est. Tõlluste mõis) turned out to be exactly the place we need, as it includes the best of the cultural and natural peculiarities of the island.

History of the manor

In 2014, Eurobio Lab founded an organic farm in Pihtla village, in the south of the island. The farm covers about 5 ha of the XVI-century Tõlluste manor.

The history of Tõlluste manor began in XVI century when the land was granted to the Toelsens and they built the foundation of the first house here. The Toelsens were the offspring of an Estonian noble family whose stories gave birth to the legend of the Great Tõll (Est. Suur Tõll). The name of the manor is directly related to the name of the hero of Saaremaa.

Centuries passed by and the manor passed from von Taubs to von Buddes and then to von Ungerns.

Another important component of Tõlluste manor, in addition to the architectural complex, is the pure environment that surrounds the manor and is suitable for growing plants used as the cosmetics ingredients. The manor includes a picturesque park with old oaks, apple trees, willows, grey walnut trees, and juniper valleys. Nearby are the fields that belong to the manor for growing plants. We dry the plants in a traditional XVI century stone building with straw roof. Cornflower, camomile, marigold, and white melilot were the first plants to be planted at the farm. In summer 2016, we harvested our first crop at the farm.